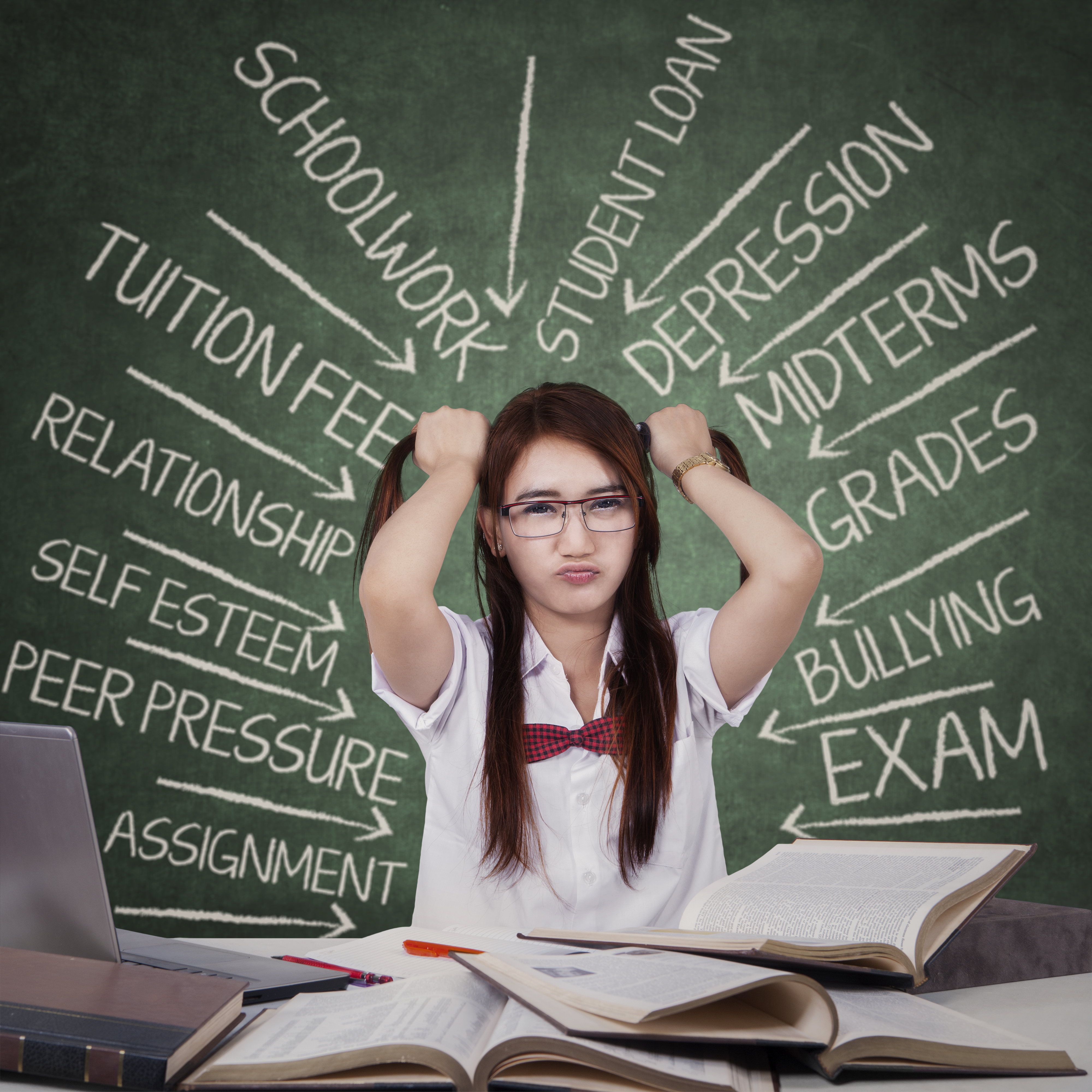 Understanding economy of a state, country or world is not an easy task. Numerous factors play a crucial role to keep economy of a place stable, which is essential for leading a prosperous life.

Students opting for the economics programs generally deal with economy of a certain by calculating what is good for a country.

However, graduating in economics is not an easy task. There are a lot of things for one to learn in order to get such a responsible job.

Have a look at these!

First, understand what economics is all about.

This subject deals primarily with social science. This means it is the study of production, distribution as well as consumption of different services and products.

Its chief focus is on interaction as well as behavior of various economic representative and how an economy works.

Now, this subject is classified into two divisions; one is microeconomics and another is macroeconomics.

These are two aspects where scholars like you have different issues handling it. Some might be good at micro and others at macro.

However, you need to understand both aspects very well. This is why this blog is directed towards explaining both these topics in as simple as possible and with examples.

This branch of economics deals with behavior as well as performance of individual units which means it concentrates on consumers, industry, family, firms, etc.

In this portion, demand plays a critical role which helps in determining price and quantity of an item along with quantity as well as price of another or related goods which are correctly known as complementary products and also substitute goods.

This is what’s measured when it comes to making decisions about allocating scarce resources which concerns their other uses.

This division of economics deals with performance and behavior of aggregate value along with issues that affect an entire economy.

This includes a region, any country or international economics. It concentrates on substantial areas such as poverty, unemployment, Gross Domestic Product (GDP), price level in general, economic growth, exports and imports, fiscal/monetary policy, globalization, and much more.

Its primary concern is to resolve several issues of an economy which aids in its efficient functioning.

These deals with major problems that needs adequate explanation and complete understanding. Without clear and complete knowledge you will have hindrances when completing your homework.

Now let’s get in-depth of these two aspects of economics!

Difference between micro and macroeconomics

You might have issues with these cause you might know a major difference but knowing all key aspects will help in understanding it better.

Hence, below some key differences are mentioned that will make the difference between these two classifications crystal clear!

You already know what they each stand for. Micro deals with a specific segment of an economy where the other one concentrates on the entire economy.

A key difference between them is microeconomics simply stresses on single economic units. However, macro deals with aggregate variables.

Micro is applied for internal or operational issues while macro deals with external ones.

Also, micro handles issues such as how price of one product will affect that items’ quantity demand and supply. However, macro deals with significant issues of the economy such as poverty, unemployment, international trade, and more.

Microeconomics determine cost of any particular goods along with substitute and complementary goods of it. In this regard, macroeconomics aids in maintaining price level in general.

When an analyst analysis an economy, micro takes bottom-up method while macro takes an approach which is top down.

Now the next part some examples are provided as they will help in understanding these more!

The examples which are below will help in understanding it clearly. Have a look!

Microeconomics assists in solving issues on small scale. Several economists prefer describing this as studying behavior from bottom up. The reason for this is that its primary focus is on decisions which take place at lower levels of an economy.

An appropriate example of problems which falls under this category is rising wages’ effects within an organization or business.

Well, think of it in this way; imagine a large company raises the wages they offer their people by at least 10%. What effect of such a policy will have on the product’s price which this company sells?

Wages increased means the item’s manufacturing cost is also increasing. Hence, price of this product that consumer will have to pay will also follow this pattern.

Now, think about this, if the company raises wages of its employees who are most productive but fires all workers who are least productive?

These are certain question types which microeconomics helps in solving.

It also helps in studying effects of one’s own decisions. A common principle of this division happens to be opportunity cost.

Opportunity cost refers to value of coming to a decision over others. This decision includes economy cost which is selection of a meal over another.

For example, if you choose a specific food, let’s say chicken, then you will miss all benefits which tofu offers.

This choosing aspect which involves opportunity cost might be associated with one’s career even. By picking one job, one might gain opportunities related to it but miss out on opportunities which others have to offer.

Also, to various factors such as demand and supply, this opportunity cost happens to be one of the microeconomics’ principles.

Now let’s go onto the bigger picture which is macroeconomics!

Like you are already aware that microeconomics deals with particular decisions related to businesses or individuals, macroeconomics handles large scale decisions.

In this division, a common problem is the result of specific policies which are there for a regional or national economy.

Let’s understand this with an example!

Let’s have a look at another standard concern which macroeconomics deals with.

Taxes are another thing which macroeconomics deals with. Specialists observe how taxes affect a country’s economy.

Any macroeconomists analyze effects which an economy might have due to income tax’s decreasing amount utilizing measures such a national income and GDP (Gross Domestic Product) instead of individual factors.

Now you have a clear understanding of the differences between these divisions of economics. Every topic is divided into these two portions so that you don’t get confused when studying or completing assignments.

Now, look at interdependency of these two classifications!

Micro and macro are interdependent

You might think that these fields of economics are totally different from each other from all the different aspect you read before. However, this is not the case, in reality, both are interdependent. Also, issues they deal with frequently overlap.

For instance, a standard concern of macroeconomics let’s say is inflation along with living cost for a particular economy. Numerous factors are the reason for inflation to arise such as a low rate of interest, money supply’s expansion, etc.

You might think that it completely falls under macroeconomics’ portion; however, it is a crucial aspect in microeconomics too. Again confused?

Think about it this way, what does inflation do? It rises cost of several commodities and services which majorly affects individuals as well as businesses which is a part of microeconomics and not macro.

If you see inflation through microeconomics’ point of view, it has several effects such as companies without any option have to increase cost of products due to an increment of materials’ cost.

Also, the organization has to start paying employees more wages for a long term to aid the higher living cost.

This just happens to be one simple example of macroeconomics’ phenomenon which in this scenario is inflation and higher living cost that affect microeconomics also.

Several other scenarios where a macroeconomic decision influences microeconomics can be things like minimum wage’s creation, products, and raw materials’ tariffs, etc.

So, now you know that they are different in many aspects but also are interdependent in certain.

All this creates a lot of confusions certain times for a student like you which is why you need to understand these fields clearly to do well in your exams and homework.

Similarities of these two fields

These two fields are quite similar to one another. In fact, numerous skills which are employed to solve issues in both fields are quite identical. Only difference one is used for solving small scale problems and certain other are used in large scale issues.

Microeconomics deals with allocating a limited amount of resources among various individuals. However, macro examines the question that how distribution of such limited resources among numerous people should be done so that scare resources are used possibly in the best way.

As micro studies about individual units, simultaneously macro studies about aggregate variables that make both fields interlinked and similar to one another. This is why they are similar and interdependent!

All this information will aid you to know about these two fields in detail and help you to complete your school or college work without any hindrances.

Without understanding these first, you will face several issues if you go into in-depth structures of economics which also includes portions of statistics and other subjects.

Get the basic clear first and then move on to the rest for better results.

How to overcome any assignment issues on these topics?

Even with all this data, you might encounter something which may go over your head and make you confuse.

It can happen to anyone. What you need to remember first is that economics is not an easy subject. A lot of research and analysis I needed to understand every topic.

If this happens to be not enough then you should discuss the dilemmas of a topic with your college professor, parents, neighbors, classmates, private tutor, etc.

Always remember that you should have long discussions on topics as it helps in coming across and clearing issues which you might not even know at that point that you have.

Hence, it is ideal to go through each topic first be it a micro or macro field and gather all information you can.

Once, you do this, go through your assignment topic and check whether your findings solve the question which the topic asks.

When that is done, have a group discussion with your classmates and see what they have come up with. You might learn something from them and if there is any portion which you are not clear about there are always teachers available who will help you clear your doubts.

The more you search the more you will get in-depth and valuable information on such topics. What you read over here will get you started to do better you can research more if you require it and get the grades you deserve.

Evelyn W. Minnick is a teacher and blogger who writes informative pieces in simple words for students to understand each topic easily. She is helping scholars for over six years and has graduated with an MBA from Columbia Business School. Her knowledge of various subjects especially economics makes her quite the go-to person for students who need some assistance.