Warning: Use of undefined constant REQUEST_URI - assumed 'REQUEST_URI' (this will throw an Error in a future version of PHP) in /home/ak6b0m7whpm6/public_html/24x7assignmenthelp.com/wp-content/themes/247assignment/functions.php on line 67
 Role of Computer Science in Shaping the Future of Computer Science Graduates | 24x7 Assignment Help
Home
About
Us
Assignment
website 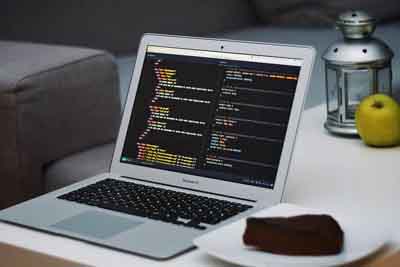 Computer science can be defined as the learning of processes which cooperate with information i.e. data and which deserve special mention in representation of data in program format.

It makes use of algorithms in manipulating, storing and communicating information that are digital in nature. A scientist in the field of Computer Science draws special attention in studying and exploring the theory concerned with Computation as well as in planning software designs.

The theories that are in the arena of computer science can be divided into two types of disciplines:

‘Computational Complex Theory’ is highly nonrepresentational whereas ‘Computer Graphics’ emphasizes on the factual applications of the actual world.

It pictures the application in such a way we can visualize and understand them. ‘Programming Language Theory’ focuses on approaches and the depiction of computational procedure whereas ‘Computer Programming’ grips the use of Programming language as well as complex system. As a result of the interaction between man’s merit and computer innovative technologies developed. Man has undertaken challenges in creating computer accessible.

Before being acquainted of the jobs that Computer science has in its arena it is better to have a glimpse of the history of computer science. Machines like ‘Abacus’ grabbed the concentration of people since ancient times for solving multiplication as well as division. Wilhelm Schickard designed the first ‘Mechanical Calculator’ in the year 1673.

He may be labelled as the primary computer scientist as well as ‘information theorist.’ He also documented the binary system.  Next, in the year 1820 Thomas De Colmar led to the foundation of the industry of ‘Mechanical Calculator’ by inventing ‘Arithmometer.’  It served the purpose of a reliable plus strong calculating device for official purpose.

But Charles Babbage grasped the attention of the whole world with his ‘Difference Engine’ in the year 1822. From his first invention he got the idea of discovering the ‘Analytical Engine.’   The first one was a ‘Mechanical Calculator’ whereas the second one was a ‘Programmable mechanical calculator.’ He began developing his invention in 1834 and came out with the sketches akin to the sketch of an up to date computer.

He also took a vital step in adopting ‘Punched Card’ which he obtain from ‘Jacquard Room’ thereby making  the former unlimited programmable.

IBM also played an important role in the computer history. At last in the year 1937 Howard Aiken gave life to Charles Babbage’s ineffectual dream thereby developing the ‘ASCC/Harvard Mark I.’ it was based on Babbage’s predictive project ‘Analytical Engine.’ Thus it is evident from the above discussion that Charles Babbage was a genius in his time. So he is regarded as the father of modern computer science.

Computer Science started establishing itself as a diverse principal of Academy between 1950 and 1960. Regarding more information for computer science Google will help the students.

Afterwards, Time has observed the inventive, significant and progressive improvement of technology in the field of Computer Science. It has been useful as well as effective operation in providing millions of graduates with decent jobs.

The primary language (of computer) on the part of the programmer are COBOL, Assembly, C++, C, C#, Lisp, Java e.t.c. Again those who are accustomed to working in Web arena often uses Web as prefix to the title.

One can have expectation of $ 74,280 every year if he or she qualifies in this position. Again those programmers who are interested to move ahead their career can become software developers, computer as well as information system manager, and ‘Computer system analysts.

The qualified people use their skills (of computer science) to build up innovative ‘software programs’. Their work is unlike to that of computer programmers who have created these creative applications.

A software developer can have expectation to make a standard salary of $93,350 every year. Not only that, it is the fastest as well as the busiest increasing careers in the arena of computer science. Not only that this job will develop 220,000 new opportunities approximately in the coming years all over the globe.

Software developers obtain a bachelor’s degree which may be in computer science. It can be in software engineering or in any similar field. Degree programs based on computer science are most ordinary because they cover a number of topics. Students need to focus on classes conducted on building soft wares to get ready to achieve their goal.

All through their career they should be updated with innovative tools as well as computer languages. If they wish to go ahead they can become IT managers regarding project. Most of the students go through an internship at colleges to get job in software development. But nowadays, every employer desires a master degree on the part of the student.

Prior to writing codes students should have a strong knowledge of computer programming. They should possess analytical as well as communication skills. Above all they should be creative.

Computer Science is the study of data processing and representation of them in language which a computer understands. Computer scientists employ specific algorithms and design them accordingly to study computer programs or software. The extent to which a computer scientist can work is from the abstract field to something that is tangible. In the abstract field, they determine the computers can solve with their machine-dependent language. In the tangible field, they design applications that can run smoothly on gadgets used by us in daily life.

Computer science mainly stands on these pillars: They are theoretical, abstractive, designing and evolutionary approaches.

In the theoretical approach, the field of Mathematics has a greater role in forming definitions, framing codes, at varying levels to determine the correctness of hardware and software and setting up conditional boundaries too.

In the next field, the study deals with analysing, recognizing similarities and dissimilarities in comparable cases and making models that can fit into similar situations or instances.

Designing is targeting a broader discipline. It makes a greater understanding of science and principles of nature. It doesn’t limit itself to the production of a particular commodity or a bunch of requirement. The evolutionary changes note the consequences a change can bring to a particular data set or program.

How is this very essential to our daily life?

You may say it is just impossible. From the automated vending machine where you reach to draw money to every precise calculation that is made to understand our outer space, we require computer science.

The field of science goes hand in hand with computer science. Numerical modelling, creating analogical situations, advancing works related to bigger numbers which are difficult with human brains; this is all possible with this branch of scientific education. A full section of the scientific world depends on this stream for its contribution in making works easier than it would really be.

A student of computer science can pursue different jobs among that the software builders, persons who look after database modelling and upgrading, hardware management, computer system analyst, and web developers are worth mentioning.

What does a software developer do?

He creates software as per the requirement of the customer. Software performs a particular task and gives the output as it has been programmed. A software builder looks after its performance, monitoring, defects, maintenance, and testing.  Now what you require is creativity that is how efficiently you can solve the problem. How you make out ways which are different from others. In doing all these you also need to make the software skilful and best in its performance so that the user doesn’t get bored, irritated when working on it.

What more do you need? An appropriate speaking skill! What will it do software developing? You have designed software but you have less potential to talk to another end where your customer with his requirement is waiting for a good explanation. He would ask and would be delighted if you meet his needs regarding the software, put some necessary items and delete the ones which he asks.

You are not going to work like a horse for no reason. You are going to get lump sum amount which will at the go in accordance with the saying” All well that ends well”. The study says that Software developers had $106,610 in their pockets as salary in 2017.

Nowadays the internet is the main tool for our information. We hover from one page to another looking for something without even marking their creators. Who has designed them to this place so that it comes to your hand- A computer science student? Yes, He/she is well equipped to not only create such a thing but look after its maintenance.  He /she have a special name that is a computer network developer and who designs its content is a web developer.

Network architects maintain network and data systems, the wide forum of communication over the globe, its functioning etc. They look up to the needs of companies and fix accordingly. They need to be expert in fields of analysis and have the potential to handle and recreate from different sources. A stable approach is what they require with sufficient confidence to do work completely.

Cyber-attacks! Hackers! These words are often seen in the newspaper. Who are they? They are essentially computer science students but they use their intelligence in the wrong way. To prevent their spread and control over common citizens of a country, a programmer with intelligence and honest ideals need to come forward and save his/her people from the encroachment of hackers and crackers.

Security analyst should have enough foresight and sharp wit to comprehend the ways his enemy is trying to defeat him. He needs to be vigilant at all circumstances and create newer means so that the opponent does not overtake him.

You cannot only make the soul and but also the body!  If at all you cannot make it, a computer scientist should have that minimum intelligence to understand its troubles, its flaws. To mend that problem in due time and keep the hardware ready for next usage. The branch is a hardware manager or technical expert. You can work here too.

In all these jobs the most important is the work of a software developer and a web content analyser. Both these jobs require your input as a person with all the qualities you have. You need much intuition and can display your expertise in this particular field of work. So you must not be disheartened after completing graduation in computer science but come out with flying colours taking it as your vow.

Evelyn W. Minnick, a student of Coastal Carolina University has passed with Masters in Business Management and has six years of experience in these fields. You can easily contact her and have enough guidance as you need. She is ever ready to help you and clear all your doubts about getting jobs when you are pursuing computer science as a subject, or you can ask for help at 24×7 assignment help, she also associate with this.