Warning: Use of undefined constant REQUEST_URI - assumed 'REQUEST_URI' (this will throw an Error in a future version of PHP) in /home/ak6b0m7whpm6/public_html/24x7assignmenthelp.com/wp-content/themes/247assignment/functions.php on line 67
 A Guide to Fundamental Financial Concepts | 24x7 Assignment Help
Home
About
Us
Assignment
website 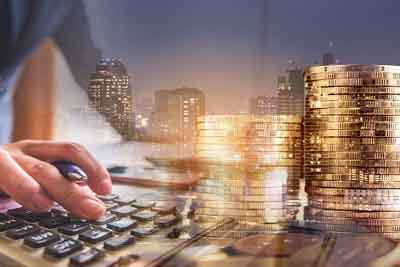 Finance is a field of study which concerns the way an individual or organization allocates money, investment and other financial instruments which are accompanied by a risk factor. It is broadly divided into three categories – public finance, corporate finance and personal finance.

Public finance shows the financial position of a country. It involves the management of a country’s revenue, expenditure and debts by government and quasi-government institutions.

Corporate finance aims to maximize the value of these businesses by various methods of planning and implementation along with proper risk management as well as maintaining profitability.

Personal finance is the procedure of managing and planning own financial activities such as saving, investment and income generation process.

The primary fundamental financial concepts include:

In economics, term capital comprises of the total asset base of a company or an organization. There are three types of money, they are:

Physical capital is one of the three primary factors of production, which consist of equipment, machinery, infrastructure etc. It consists of tangible, human-made objects that a company uses to manufacture goods.

It is regarded as an intangible asset, and it includes sever other assets like training, intelligence, education, punctuality etc. These concept of human capital focuses on the fact that all labor is equal, but employers can improve this quality of money by educating and implementing other aspects that result in increased productivity and profitability.

Financial capital is defined as the earning generated from contributed funds by lenders for obtaining capital equipment in order to produce goods and services. It only includes the retained earnings of a business.

Cash flow signifies the total amount of cash or cash equivalent, which is transferred in and out of business. There are several types of cash flow, which include:

It represents the cash flow from operation available for distribution after depreciation expenses, tax, investment and working capital.

It measures the amount of cash available to the equity shareholder of a company after all expenses, debts are investments paid.

It focuses on the outflow and inflow of cash from a company’s primary business activity of buying and selling merchandise, providing services etc.

It is the amount by which a company’s cash increases or decreases within a given period. From the Cash Flow statement, we need to calculate the sum of net cash used in operating, investing and financing activities.

Debt is the amount of money borrowed by a party under this condition that is to be paid back within a stipulated date, usually with a specific rate of interest. It includes:

It is a method of debt reduction by repaying the debtors starting from the smallest debts first and making minimum monthly payments on more substantial debts.

Bankruptcy is a legal term used for a person or business when they are unable to pay their outstanding debts. In jurisdiction, the word bankruptcy is imposed by a court order often initiated by a debtor.

Debt diet is an eight-step plan where we get to know about the debts a person has, tracking the spending and extra time money, learning to pay credit card game and creating a monthly spending plan.

Credit counseling is a process that focuses on reducing or eliminating debt by helping the individual debtors with debt settlement through education, budgeting and with variety of tools.

Gap finance is a loan given to finance the difference between floor loan and a maximum finance loan. It is commonly associated with property loan or mortgage loan such as a bridge loan. Gap Financing is a short term load whose purpose is to provide a fund for fulfilment of an immediate payment obligation.

It is generally availed by an individual to make mortgage payments; however, companies can also opt for this financial scheme when the inflow of cash is expected within a stipulated time.

It is a particular amount paid to a party for using or borrowing that party’s money. To these borrowers, it is the cost of renting money, and it is an income for the lender. At the same time, an interest rate is the percentage of the amount charged by the lender for using his/her money. The principal amount is the amount of money lent to the borrower.

Interest can be calculated in different ways, such as:

It is the real rate of interest earned, which is also referred to as the market interest rate.

It is a situation where personal consumption of goods and services, as well as investment by a business, is reduced because of government spending and deficit financing which results in decreasing the available financial resources and raising the interest rate.

It is the ratio that determines the ability of a company to pay its outstanding debts. This ratio is also known as “times interest earned” ratio. The ICR is generally used by inverters, lenders and creditors to determine the risk of lending capital to a company or organization.

It is the annual representation of interest rate associated with mortgages loans and credit card. APR is a way to measure the full cost a lender charges per year for the fund.

This process of creating a record of a company’s expenses and earnings in the form of a spreadsheet which can be used to calculate future investment is known as financial modelling. It is the numerical representation of some or all aspects of a company’s operations.

This explanation of future evaluation of interest rate by describing the next evolution of low price through the mathematical model is known as the short-rate model. The different types of rate model which falls under this category are:

It is a single-factor interest model which states that low rate has a normal distribution and is subject to mean reversion.

It is one of the most used single-factor yield based models to price bonds and interest-rate option.

It is one of simplest model which avoids negative interest rate. This is a short rate model used in the valuation of interest rate derivatives.

This is a single factor mathematical model describing the evolution of interest rate. Vasicek model has the disadvantage of allowing negative interest rates.

It is a three-factor model describing the interest rate movement by three sources of market risk. Different variants of the Chen model are used in various financial institutes.

Leverage refers to the use of borrowed fund to increase the return from an investment or project. Investors use leverage to improve or multiply their buying power, and company uses force to finance their assets.

It is a system which is used to facilitate the trade, sale or purchase of goods between parties. The medium of exchange increases the efficiency in an economy as well as triggers an increase in overall trading activity.

In finance, risk refers to the degree of uncertainty or a potential loss in an investment. An investor generally takes a chance with the expectation of high return. Each investor has a unique risk profile that determines their willingness and ability to withstand risk. The higher the amount of risk taken by an investor, the higher is the return.

Risk is a danger or possibility of loss. Financial risk is a term applied for businesses, government entities or the whole of the financial market.

Uncompensated risk does not increase the expected return on investment; rather, it may decrease the future return.

Risk measure determines the number of assets which are to be kept in reserve. To make these risks acceptable to the regulator, which are taken by the financial institute, these reserves are necessary. Different ways to measure risks are:

Standard of deferred payment is a function of money which provides the option of purchasing goods and services and making the amount later. It is an accepted way to settle debts in a given market. Since money enables a current transaction to be discharged in future, it has become a standard deferred payment.

Time value of money provides an idea that money which is available at present time, is of great value than the same amount of money in future. The most important fundamental concept is that a time value is attached with money. It also focuses on the fact that any amount of money worth more, the sooner it is received.

Spread Trade is a strategy of simultaneous purchase and sale of these same or similar commodities. In case of same products, spread trade is known as intra-commodity, whereas for a different product, a spread trade is known as inter-commodity. While opting for spread, we need to set a target and stop loss in terms of spread point. It is a valuable tool if used with proper analysis and following the discipline of trading.

It is the graphical representation of yields available for bonds of equal credit qualities at different maturity dates. Yield curve is a way to measure the bond investor’s feeling about risk and can have a tremendous impact on the return of an investment. There are four types of the yield curve.

It is a positive yield curve in which short-term yield is lower than the long-term return.

It is a variation of the average yield curve where interest rate in shorter maturity is lower than the debts paid on securities with longer maturities.

An inverted yield curve usually signals trouble. It is a warning sign for the economy and markets.

A flat curve indicates uncertainty in an economy and a humped yield curve results when the interest rates on fixed-term income securities are higher than the prices of short and long term securities. It is a rare type of yield curve.

He is a renowned name which we get to hear in the field of accountancy and finance. He is the founder and chief executive in a global investment firm of Chicago, and at the same time, he is a chief guest lecturer of Chicago Booth, University of Chicago booth school of business.

He graduated from Harvard University where he received the Bachelor of Arts degree in Economics. During second year of his college days, Heathe started a hedge fund focused on convertible bond arbitrage. This investment strategy helped to preserve capital during a stock market crash. Heathe’s early success enabled him to launch a second fund this leading to consecutive success.