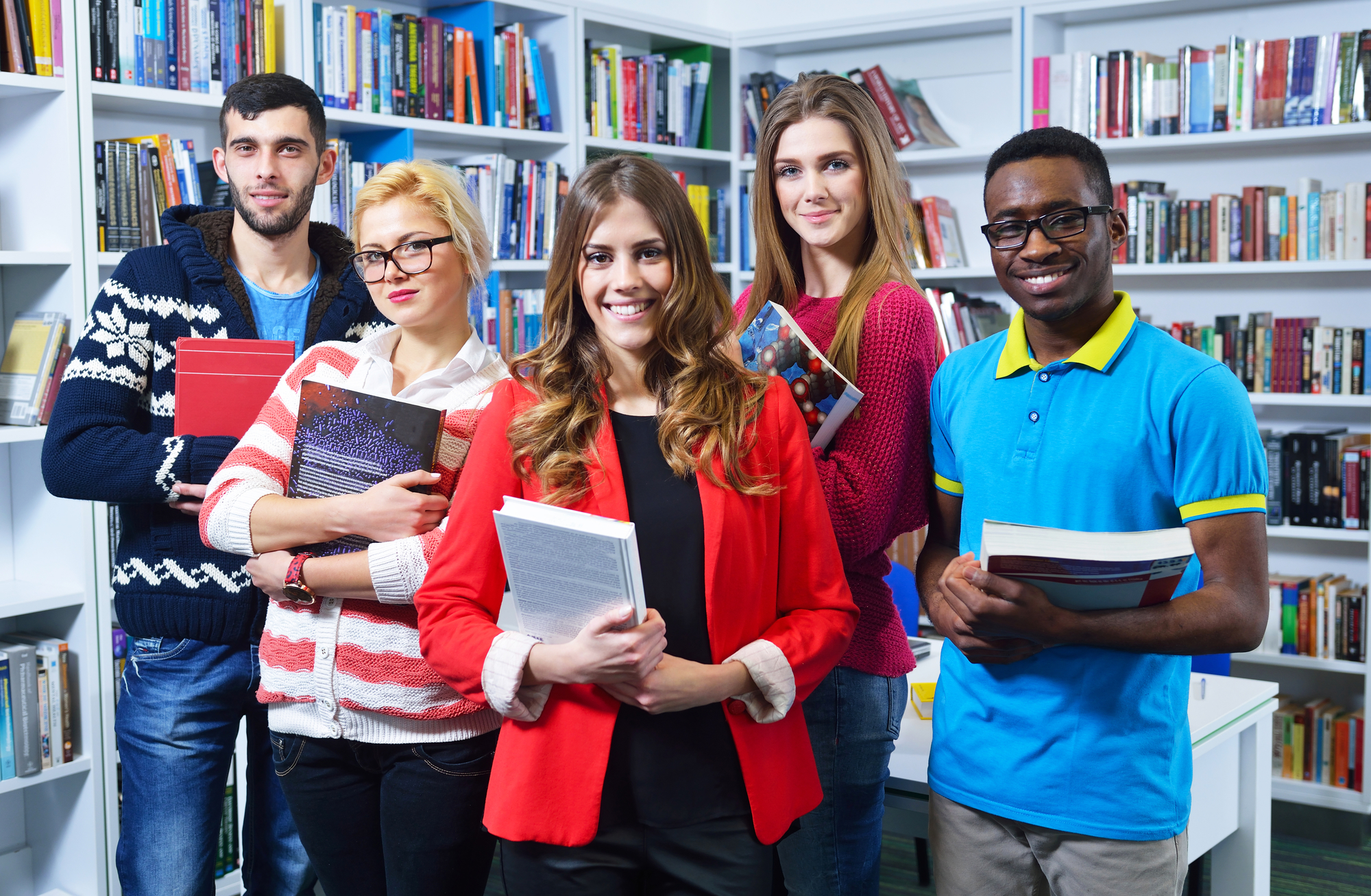 Economics is an exciting subject and deals with a variety of situations in a country. Students who opt for this course have to go through the matter in detail.

A crucial reason for this problem is that there are too many facts available on the internet which confuses you.

Hence, to help students like you, this blog will about Goods and Services tax and how it affects the economy of a country.

What is Goods and Services tax?

The goods and service tax are levied on various products and services which are sold for domestic consumption.

Thus, GST is a source of revenue for the government. It is also called value-added tax in most of the countries

How Goods and Services tax work?

The goods and services tax is levied on the price of the product. The buyer who purchases these products pays the sales price along with the GST to the company.

The business forwards the GST amount to the government. In some countries, GST is also known as Value-Added tax.

The implementation of GST has eliminated the payment of various taxes on a single product or service.

You will now only pay a single rate of tax for a particular product or service.

Countries with a GST

There are many countries worldwide who have implemented the GST system in different forms.

It is estimated that 160 countries have GST in other forms.

Do you know that France is the first country to adopt this tax system in the year 1954? The reason behind the imposition of a new tax system was to lower the rate of tax-evasion.

Now, to understand the topic in detail, let’s take a look at how Goods and Services tax operates.

The company selling taxable goods and services are liable to pay GST if their annual turnover exceeds the prescribed limits. This specified limit varies from countries to countries.

The amount collected will have to be remitted to the government.

Many countries have a single unified GST system. It means that the citizens of that country will pay a single tax rate.

The countries with a unified GST system join the central tax with the state tax and collects as one tax.

What are the benefits of Goods and Services Tax?

In general belief, implementation of GST means the application of a single tax rate system.It will replace all indirect taxes applied to a product.

As a result, it will reduce the cost of products and many other services. Thus, it saves more money.

The implementation of GST has benefitted the businessmen as they need to pay only a single tax, so it becomes comfortable with the tax filing and documentation.

As the implementation of GST will reduce the value of the products, it will lead to an increase in the purchasing power of the people. This will increase the demand for the products.

To meet this demand, the company will also have to increase its supply. As a result, the requirement for labour will also increase.

With the growing demand and supply for various goods and services, the production will also increase. Hence, it will lead to an increase in the Gross Domestic Product.

Do you know what GDP is?

GDP is the total of market prices, of all final products and services manufactured in an economy within a period.

An increase in the demand for the product will also increase the rate of revenue generation for the government.

GST will be implemented at every stage from consumption to manufacturing.

In GST tax will have to be paid on margin amount only. It will lower the cascading effect of the tax. Hence, the price of the product will be reduced.

As GST will have a cascading effect on tax, the market will flow more with competing products. This will benefit the consumer as well as the manufacturer.

As GST is a single tax notion, it will stop unhealthy competition among states. It will promote interstate business.

Effects of GST on a few countries

The GST rates range from 16 per cent to 20 per cent globally. Reduced GST rates can lower the rate of tax evasion which can be beneficial for the economy.

While implementing GST, most of the countries have imposed low tax rates. Singapore first imposed 3% GST rates in 1994.

Later it has been increased to 8% during the last few years. Singapore has also reduced the income tax rate.

Singapore saw a boom of inflation after the implementation of GST. It was able to manage the possibility of inflation through price control.

After the implementation of GST, in Malaysia, refund of input tax credit became vital. Otherwise, it would have taken months for tax credit refunds, thus creating cash flow issues in the country.

Small scale industries, which are out of the GST tax system, will have to register themselves.

They are required to provide GST-complaint invoices, keep a necessary digital record and timely filing of returns.

To keep the above mandatory details make the GST structure more complicated for small scale enterprises.

Business will have to hire tax experts to adopt the new tax system. Thus, it will increase the value for small scale business owners as they will have to carry the additional cost of employing a professional.

Business will also have to train their workers for new tax compliance which will further increase their overhead cost.

The taxation system in the United Kingdom

United Kingdom introduced Value Added Tax in the year 1973. The VAT is the third source of revenue generation for the government. The other two sources include national insurance and income tax.

Value Added Tax is collected and monitored by Customs and HM Revenue.

The VAT rate in the United Kingdom is 20% from 4 January 2011. Certain products and services are imposed with a reduced 5% VAT rate.

Almost all foods and children’s clothing are subjected to a 0% VAT rate. Other products and services are free from VAT.

According to European Union law, the rate of VAT cannot go down below 15%. In the case of public demands for any short term reduction, the European Council will have to approve it.

In the United Kingdom, VAT is considered as an indirect tax. This is because the tax is remitted to the government by the business instead of the people who actually carry the tax burden.

People, who are against the VAT system, call it as a regressive tax as poor people bears the considerable tax burden of tax by paying their available income.

While a person who supports this taxation system, calls it as a progressive tax as buyers who spend more will pay more Value Added Tax.

During the year 1940 to 1973 United Kingdom had a Purchase Tax. It was a consumption tax and was imposed on different rates.

The rates of the Purchase Tax varied. The more luxuriousness of the goods the more will be the tax rate.

The Purchase Tax was levied on the wholesale price of the products.

How does Value Added Tax operate?

All small business scale and large scale business entities selling taxable products and services and have exceeded their taxable turnover threshold will have to register under VAT system.

Benefits of Value Added Tax in the UK

The Value Added Tax is charged on the goods and services manufactured inside the country.

Import goods are not imposed with the VAT rate. An import fee equal to the tax lowers the cost benefit of foreign products.

Under the VAT taxation system, avoiding the tax at any level does not let you avoid the tax altogether. Thus, gets less chance to evade the tax which in turn generates more revenue for the government.

A seller is required to put tax amount on the sale’s receipt. This increases transparency. The tax officials can track the tax amount paid by the business.

Thus, it lowers the chances of evading the tax under the Value Added Tax system.

In United Kingdom, any amount of VAT paid on gifts or merchandise gets refunded.

All you need to do is fill some paperwork for documentation and get the due amount back.

The tax rate does not affect the people with higher income as they do not require to pay more.

But for the people with meagre income bears the heavy burden of the tax. Thus, there is inequality in the distribution of income, under VAT system.

In the United Kingdom, any VAT paid on merchandise and gifts while on a trip, gets refunded.

Suppose, you are from America and you have purchased a handbag of $200 in London. You can fill a document and get your $40 return. The returned amount is $40 because 20% is the standard VAT rate in the UK.

This is where the revenue generation of the government gets lowered.

Business entities are required to go through a lot of paperwork.

Companies need to keep a record of all VAT receipts and invoices and will have to maintain all records of VAT accounting. Businesses will also have to file VAT returns for every quarter.

All the above documentations create a burden of paperwork which is unavoidable under VAT system.

Sometimes, businesses have to pay more tax for selling goods and services than the tax they paid while buying those products from other manufacturers.

Thus, it leads to a loss of profits for many small scale and large scale business owners.

Along with the income tax and the national insurance tax, the taxpayers are required to pay Value Added Tax.

Thus, the massive amount of tax rates creates a burden on taxpayers.

People with meagre income are the one who suffers.

Now, you are entirely aware of the taxation system and how it might positively or negatively affect the United Kingdom’s economy in the long term.

Many students get stuck with their assignments and require help to complete the work on time. Evelyn W. Minnick is one of the very talented online tutors. She has an MBA Degree from the UCLA Anderson School of Management. She has over 6 years of experience. She is known for her unconventional methods of guiding students, to help them achieve good scores. Her expertise lies in economics, accountancy, marketing and all other business related studies.