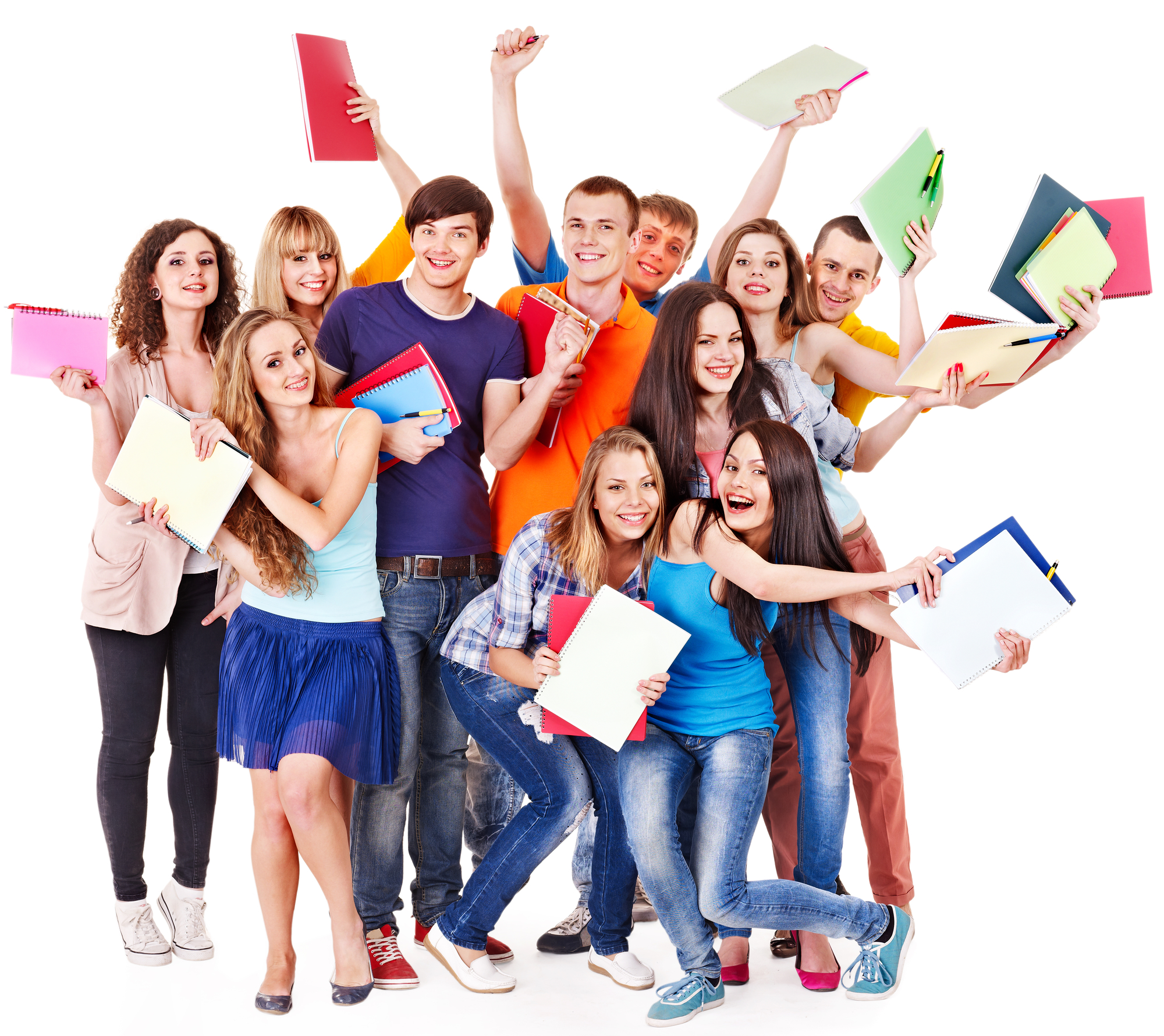 The application of statistics in today’s world knows no limits or bounds.

There is just so much to discover, to understand and to apply, it is simply staggering, to say the least.

Whether it is about data science or operations research or decision trees, the number of applications cannot be counted down.

As such, it is more feasible to talk about frameworks and algorithms rather than the actual subject it.

With the sheer volume of things that can be done using it, the applications in the real world are many. Here I want to talk about some of the most important and well-known ones.

Since there is way too many of them to discuss altogether, let’s talk about the top 8 best uses of statistical modelling that you will find in the world of today.

The very first thing that I want to talk about in this topic of discussion is the Spatial Model. What this refers to is basically the correlation between different characteristics within a certain geographic space.

All the points within a given sphere of context are related to one another in some form or the other. Spatial models try to find a pattern in the relationships between these points and find a general method of representation.

Basically, spatial models want to find the geometric or topological properties of a certain area. There are a variety of different techniques that can help you to do so, some of which are still in development or are unfinished.

The main application for this obviously lies in the field of geography where topological maps need to be made using this technique.

You will also find a place for it in astronomy where ‘place and route’ algorithms require a ton of complex calculations to find the distance between the different heavenly bodies. However, the most notable contribution to spatial models lies in the field of geographic data.

Another important application for statistical models is as a method of solving time series problems. Time series is basically related to the variation in the magnitude of certain characteristics with respect to the increase in time. It can be divided into 2 main classifications:

Frequency domain methods include stuff like spectral analysis which in itself is quite a huge topic to discuss.

Other than that, some recent additions include wavelet analysis as well. Both of these are pretty relevant in today’s world and have a wide variety of implications in different fields.

The time domain methods include techniques which can be further divided down into 2 more sub-methods. These include:

The first method assumes that the underlying structure of the overall process has certain parameters that you can break down into some parameters. This is usually done through an autoregressive model that describes the inner model, to begin with.

On the other hand, the non-parametric approach describes the entire thing by assuming that there is no underlying structure, to begin with. Apart from this, there are some other criteria for the division as well which includes linear, non-linear, univariate, multivariate etc.

Survival analysis is basically the branch of statistics that deals with analysing a ton of data in order to find out how likely a certain event is to occur.

This includes things like the death of biological organisms, failure of certain systems, the rise and fall of the stock market and things like that.

It is basically termed as reliability theory and takes advanced concepts of engineering mixed with knowledge from economics to make the required judgements. It also often involves concepts from other subjects such as sociology and history as well. After all, trying to predict the future can only happen if you are capable of analysing the past.

The general questions that this form of analysis tries to answer are:

Such a model is used for predicting time to time events so that the general quality of life can be maintained for everyone. Such estimations also allow us to take the necessary precautions for the future in case something needs to be taken care of.

Market segmentation also sometimes known as customer profiling is basically the process of dividing a larger target market into smaller blocks of consumers, business and even countries if the actual problem is large enough. What this division allows for is for us to concentrate on things that matter the most one at a time.

Taking this route also helps people to target the exact market that they want to target. Differentiating between these different characteristics allows the chance to filter out the things that you do not require, thus allowing for more precise data to be given to the marketing companies and businesses. Demands are different for different people so better the accuracy of the data used, higher the chances of appeasement.

As the name suggests, this form of modelling uses predictive measures to try and formulate the perfect solution to people’s needs and demands. Much like the point mentioned right above, predictive modelling also makes use of a ton of collected data from different sources so that a realistic prediction can be made about the outcome of a certain event.

Most of such events are ones that will occur in the future but the nature of predictive modelling is such that you can use it on any sort of unknown event regardless when it may have occurred or will occur.

The best use of predictive modelling is perhaps that of trying to figure out crime rates and identify potential criminals of the future. While this is a system that is by no means perfect, there is still progress being made and hopefully, in the near future, a full-fledged working system can be put into order.

Other than that, some of the main techniques that can be used for predictive modelling are:

The way this works is that a training set is created which is used to feed data into the system at the very beginning. This data is basically used to ‘teach’ the program the various ways in which such predictions can be made. If a base data set exists, then using this given data, it is not impossible to predict something in the future. That is the core idea of predictive modelling.

Another application that you will often find in statistical modelling is that of clustering. As you can probably guess by the term itself, clustering refers to the idea of grouping together sets of data of the same type. This grouping can be done on the basis of several factors, each one differing from the other in terms of application and demand.

The main places of application for clustering lie in:

The main difference between clustering and something like predictive modelling is that there is no existence of training sets over here. The grouping is done on the basis of some patterns that are already predefined within the characteristics of the given entity.

There are exceptions to this rule however and you will sometimes find a clustering that does include a training set. These are basically hybrid implementations that try to make the best of both worlds. It is often termed as semi-supervised learning.

This refers to the process of overseeing the stages of ordering, storage and application of certain components in a company’s production process. After all, there are just so many things that need to be taken into consideration when producing a certain product. There are several things that go into making any one of these products and selecting them properly is absolutely a necessity.

Some of the things involved include stuff like sales forecasting, marketing segmentation, geography analysis, pricing optimization and so on. But it’s not something that is fixed in nature. Inventory management could easily refer to something else like having a banner for an ad or estimating the amount of traffic to be had within the next 30 days or something of that nature.

The idea is to ensure that you are using everything you have at your disposal to get the job done in an optimal way. Sometimes, there will be occasions in which you do not have any sort of resources available at all. It is at times like this where inventory management needs to be applied in the most optimal manner possible.

For that to happen, a good statistical model is required to begin with that will allow you to work with and produce the best possible results. The web traffic and the conversion rates for each category is something that a lot of people look into in order to get some proper insight into things.

Any kind of system that is dependent on taxonomy makes use of something known as an indexation algorithm. This algorithm is there in place so that the initial taxonomy can be maintained and then used to its fullest potential later on.

The most common use of indexing algorithms lies in product reviews and categorizing them by the use of indexes. It helps the searching process to get over quicker and provide faster results to those who actually need them. The same can also be said about the scoring algorithms which work in pretty much the same manner.

There are also other applications for indexing as well as content management where a bunch of information needs to be sorted according to a given criterion. Search engine technology also benefits from the same process and is often used for optimization.

Keyword related searches are also considered an application although it can also be subcategorized within one of the many categories mentioned above. After all, this is how articles and other data content are fitted out on the internet and made available to people in a coherent manner.

As you can see, these are some of the things that statistical modelling is capable of doing. But all of this is just the tip of the iceberg. There is plenty more to discover if you have the interest and patience to persist throughout all of this. Practically speaking, there will never be an end to an application because of our demands or not getting any simpler anytime soon. As such, innovation in this field will always lead to something new and fresh.

Evelyn W. Minnick is an accomplished student and an even more accomplished content writer. Having graduated with an MBA degree from The University of Chicago and possessing 6 years of experience in this line, there is little she won’t be able to talk to you about. If what you are looking for is quality informative writings, then she is one person you can trust blindfolded.